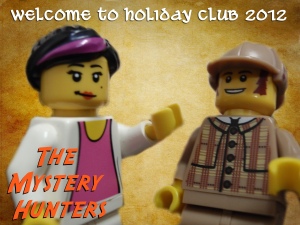 Here it is! The final installment of The Mystery Hunters adventure “The Man Who Defeated Death.” It’s been a great Holiday Club at St Luke’s this year. Can’t wait until next year!

Video after the cut.

END_OF_DOCUMENT_TOKEN_TO_BE_REPLACED

Making The Most of the Cross by John Chapman 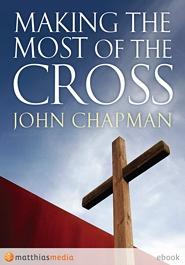 A few years ago, a friend and I were writing a kids talk for a church service. We wanted my puppet orangutan to tell the kids why the resurrection was so important. And we paused. We both knew that the resurrection was important, but we were struggling to put into words WHY it was important. I’m sure if we had a copy of John Chapman’s book Making The Most of The Cross at hand back then, we wouldn’t have been struggling. Because this is a great resource that clearly explains some big truths.

END_OF_DOCUMENT_TOKEN_TO_BE_REPLACED

Easter Sermon: Jesus – The Champion of the World

I had the pleasure of preaching on Easter Sunday at all three services at St Luke’s this year. The title was “Jesus – the Champion of the World”. I used Revelation 1:9-18 as the base of my sermon.

Listen to the sermon after the jump.

END_OF_DOCUMENT_TOKEN_TO_BE_REPLACED

The Resurrection is not a Zombie Story 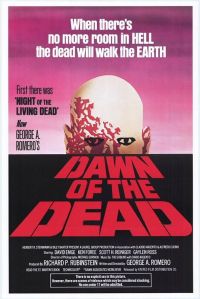 (This article originally was posted 16th of April 2010)

When there’s no more room in hell, the dead will walk the earth

George A Romero’s 1978 movie Dawn of the Dead is considered a horror classic. The dead have dug their way out of their graves and are slowly lurching around as horrific zombies. They’re not quite dead. And not quite alive. When done right, zombies are very, very scary.

It seems these days that zombies are very popular. They seem to be every where in books and movies. So much so that they’ve even started invading classic literature. I’m not sure what Jane Austen would think if she was to read Pride and Prejudice and Zombies.

Zombies have even found their way into the Christian realm. Professor Farnsworth on Futurama would use the phrase “Sweet Zombie Jesus” as an exclamation.

There’s even the Stinque Zombie Bible Project, a website where people are encouraged to go through the Bible and add zombies to people’s favourite verses. For example, John 3:16 now reads For God so loved the world, that he made His Son a zombie, and whoever is bitten by the Son shall also become zombie and be undead everlasting.

Quite frankly all this zombie stuff is nonsense. Jesus was not, is not, and never will be a zombie

The resurrection is not a zombie story. When people talk of Jesus as a zombie, what they’re doing is trying to discredit and ridicule the Christian faith. They’re not taking the resurrection seriously. They’re turning it into a joke

The resurrection is essential to the Christian faith. It’s the thing that holds everything together. If Jesus did not rise from the dead as a fully alive person, then Christianity is a waste of time. We can’t treat the resurrection like a zombie story. It’s a story where the dead become alive. It’s the story that can bring you life.

Check out Matthew 28 and read what really happened on Easter Sunday.

Did You See The Body?

In the years we’ve been together, I’ve been sharing my movie critic skills with my wife, Katherine. Using these skills, she’s been excited by (and sometimes disappointed) by her ability to know what’s going to happen in a movie or TV show before it happens, like a cinematic fortune-teller. One thing she recently pointed out that she’d learnt from me is that “they’re not dead unless you see the body.” If the bad guy gets shot and falls off a cliff and is presumed dead, they’re probably still alive. Unless they find the body and get a full autopsy, chances are the bad guy will pop up and cause some trouble when the hero least expects it. If you live in the movie world, don’t trust anyone that anyone is dead unless you see the body.

END_OF_DOCUMENT_TOKEN_TO_BE_REPLACED

Sermon: The Death of Death

END_OF_DOCUMENT_TOKEN_TO_BE_REPLACED

One of the great privileges of going on Moore College Mission is preaching to a group of people you’ve only just met. This year on mission I preached to the morning congregation at Wee Waa Anglican Church.

My topic was the Resurrection.