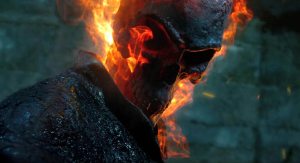 It’s no secret that I’m a big comic book fan. I’m also a fan of movies. So you’d think that if you combine those two things, it would automatically result in me shelling out the money for a movie ticket to any and all “based on a comic book” movie released. Well, no. I’m not going to see your movie just because you licensed a character from Marvel comics. You have to give me something worth seeing.

Which is why I’m torn about Ghost Rider: Spirit of Vengeance.

Reasons I want to see Ghost Rider: Spirit of Vengeance:

Have you seen Ghost Rider: Spirit of Vengeance? What did you think?