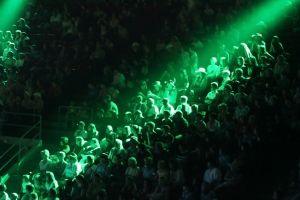 Have you ever sat in church or had a conversation with a Christian and wondered when they stopped speaking English? One second they’re speaking perfectly normal, then all of a sudden they start using strange words and you’re wondering if this is what Swahili sounds like. Just like any other group of people, Christians have their own lingo. Words and phrases that we use that are particular to us. And there’s usually nothing wrong with those words. But sometimes we forget to explain what they mean to the new guys. Or even worse, we use them ourselves without ever learning what they actually mean. Every now and again I stop myself and ask “What does this actually mean?”

There’s this word I use almost everyday. And I use it without even thinking. I know it’s the right word to use but, to be honest, I don’t really know what it means or why I say it. And I think you’re probably in the same boat. The word is Amen. Know what I mean? I use the word at the end of every prayer. When someone else prays at the front of church, I know I’m supposed to join in with a hearty Amen at the end. But what does the word even mean? And why do we use it?

2 Corinthians 1:20, Paul writes “For no matter how many promises God has made, they are “Yes” in Christ. And so through him the “Amen” is spoken by us to the glory of God.” This verse is written in the context of God’s faithfulness, especially when it comes to sending Jesus as the answer to his promises. When God makes promises, there’s no “maybes” involved. He speaks with certainty and decisiveness. When it comes to saving us from sin, God doesn’t say “maybe” or “I’ll think about it”. He says “yes”. And because of God’s faithfulness, all of God’s people can shout out “Amen”.

And the same is true today. When you say Amen in church after someone has prayed, you are saying “I agree”. You are saying “God, that prayer that the person up the front just prayed? I want those things too. I think they are true and right and proper and I want to say those things to you as well.” So be careful when you use the word Amen. Don’t just say it because the prayer has finished. Don’t just say it because everyone else is saying it. Listen carefully to what is being said. Recognise that by saying Amen, you are praying as well. And God is listening.

One thing I hate when I’m at a big Christian event and someone finishes preaching God’s Word, is that sometimes people will applaud. Their hearts are in the right place. They want to acknowledge that what the speaker has said has been heard and that they appreciate what has been said. I get that. I think the intention is a good thing. But the intention and the reality are two different things. Because in reality, what people are saying by applauding is that all the credit is going to the speaker and not the God who wrote the Word he just preached from. So here’s a suggestion. Instead of clapping your hands, Shout out a hearty “Amen”. You like what the speaker has had to say? You think what he has said is true and that you want to show your agreement? You want everyone to know that you share in the message? Then say “Amen”! That’s what the word is there for.