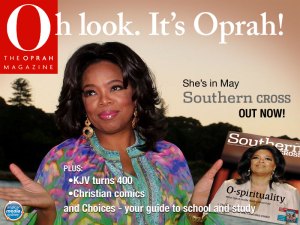 Southern Cross is a newspaper for Sydney Anglican churches that is put out each month. In the May edition, they’ve published a two page article I wrote on Christian comic books. 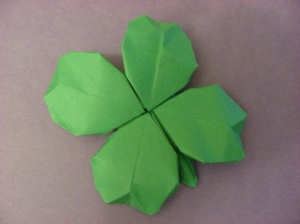 Good luck.
That’s lucky.
As luck would have it.
You’re just unlucky.
Better luck next time.

Luck is a word that I use a lot. It’s part of my everyday speech. Like me you probably use some of those phrases on a daily basis. But have you ever thought what the word luck means? What are you really saying when you use the word luck? Is the word luck anti God?

END_OF_DOCUMENT_TOKEN_TO_BE_REPLACED 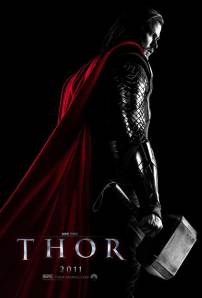 There are a stack of comic book movies coming out this year. In the next few months we’ve got Green Lantern, Captain America, X-Men: First Class to name a few. But the one comic book movie that I was quietly confident would be a satisfying watch was Thor. I’m not exactly sure why I felt that way. I rarely even look at the Thor comic book and I have no particular fondness for the works of Norse mythology. But from the start, my expectations were set pretty high. The reason? Kenneth Branagh. If any one could make this epic tale of a god who is exiled to earth work, it would be the man who makes movies based on Shakespeare plays interesting.

So were my expectations met or was this another comic book adaption failure?

END_OF_DOCUMENT_TOKEN_TO_BE_REPLACED

Sermon: The Death of Death

END_OF_DOCUMENT_TOKEN_TO_BE_REPLACED 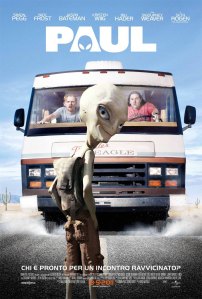 Growing up, I loved me some science fiction. In my early years I lived on a staple diet of Doctor Who re-runs and movies full of aliens. I owned a book shelf full of sci-fi novels. Each week I would scour the TV guide so I could program the VCR to catch all those late night science fiction goodness. I’d seen every sci-fi movie at the video shop multiple times. Some of my younger readers might be wondering what a video or VCR is. You make me feel old.

The movie Paul is aimed squarely at guys like me. When you take into account that the movies starts at San Diego Comic-Con, the Mecca for comic book and sci-fi geeks, it’s not half obvious who the target market is. The two leads, Nick Frost and Simon Pegg, play British geeks visiting Comic-Con they both comment that even though they’re miles from home, they feel at home. And From this point I want to be right there with them. When they pick up an extra-terrestrial hitchhiker, road trip hijinks ensue.

I wanted to love this movie. I was prepared to embrace this and own it as a movie that represented me. However there were some significant factors holding me back.

END_OF_DOCUMENT_TOKEN_TO_BE_REPLACED

What is Christianity About?

On Sunday I gave an evangelistic sermon at our 10.30 congregation. The passage was Colossians 1:15-23 and the talk aimed to answer the question: What is Christianity really about?

In the mp3 there is a gap of about 2 minutes where you can’t hear anything. That’s where I played a video. Both the video and the mp3 below the jump.