Cracked is one of those sites that I’ve been aware of for a long time but never really paid much attention to. I bought the magazine a couple of times as a teenager, but it always struck me a as a poor man’s Mad Magazine. In recent years, Cracked has really built itself up as a website worth watching. Almost daily I’m finding an article on there that I want to link to. To me, that’s a sign of a great website.

They haven’t forgotten their comic based roots, however. This comic (warning, contains swear words) is a great example. It presents Hell as if it was a work-based sitcom. Everyone who’s ever worked in retail, for example, has had the thought that the job wouldn’t be so bad if it wasn’t for the customers. And you can just imagine that there would be plenty of annoying customers lined up at the gates of Hell.

It’s not uncommon to find talk of Hell being a place that’s “not that bad”. That it will be one big party. Or that after a while you’ll just get used to it. I mean, you survived 6 years of high school didn’t you? You can survive anything after that.

But this comic does a great job at reminding us that Hell is not a nice place. That it is a place of torment and that they do know what they’re doing. You’re best off trying to avoid the place. Good thing Jesus offers a get-out-of-Hell-free card.

The original Wall Street is a classic movie. It’s the story of a Wall Street rookie, Bud Fox, who is tempted by guru of greed, Gordon Gecko (Michael Douglas),  to a life of hedonism and morally bankrupt decisions. As we see the effect that greed has on the young guy, we are also given a warning about the dangers of greed in 80s America. The personal story reflects and informs what is going on in the culture of the time. There’s not two separate plots going on here, just one plot with many layers.

A bit over 20 years later and the world has changed. For one thing, there was this thing called the Global Financial Crisis that shook the world. So here we have Oliver Stone, the director of the original Wall Street film coming back for a sequel. There’s a promise that we’ll find out what happened to Gordon Gecko and we’ll see how the greed of Wall Street power players caused the GFC. Sounds interesting, doesn’t it? Problem is, Wall Street: Money Never Sleeps never delivers on its promises.

END_OF_DOCUMENT_TOKEN_TO_BE_REPLACED

Webcomics Monday: The Bible and Let’s Be Friends Again

Frankly, there are not enough superheroes in the Bible. Sure, you point out Samson to me, but that’s just not enough. We need mutants. We need families irradiated with cosmic rays. We need blind ninjas. We need Let’s Be Friends Again. I love how they take classic Biblical scenes and asks the important question: Would this be cooler with a member fo the X-Men?

There’s a format to making a teen comedy. Take a teenage social outcast, put obstacles in the way of their quest for popularity and/or the significant other of their dreams, add one or two quirky friends and season with a soundtrack full of Top 40 hits. Sure, not every teen comedy fits the formula. But most do. When a movie sticks too close to the formula, you’re left with something bland and almost unwatchable. The modern trend, pioneered by movies such as American Pie, tends towards gross out humour and over the top sexualisation to try and stand out from the crowd.

But what if you did something different? What if you took the formula and added self awareness, witty dialogue and heart? Easy A takes this route and the result is an enjoyable 90 minutes sitting in a cinema.

END_OF_DOCUMENT_TOKEN_TO_BE_REPLACED

Scott Kurtz writes one of the most popular webcomics out there: PVP. Normally it’s a sitcom style comic centred around the offices of a computer game magazine. But occasionally Kurtz steps outside the normal confines of the comic and comments on things going on in either the video game industry or the comic book industry. Let’s just say Kurtz is not afraid of controversy.

Today’s entry for Webcomics Monday addresses an issue going on in the comic book industry at the moment. What’s of interest to us is that the comic is set during the Roman Catholic attacks on Galileo.

END_OF_DOCUMENT_TOKEN_TO_BE_REPLACED

The Hard Times of RJ Berger

The Hard Times of RJ Berger focuses on the title character RJ, a scrawny highschool kid at the bottom of the highschool social ladder. He’s picked on by the jocks, in love/lust with the most popular girl at school who is dating his chief tormentor, and his parents seem well-meaning but are weird and out of touch. Pretty typical highschool drama formula right? Oh, I forgot to mention one other thing: he has an incredibly large penis. Yep, the title of the show is a pun. This could have been a really bad taste teen-sex comedy. Surprisingly, the show rises above this and delivers something more – heart.

END_OF_DOCUMENT_TOKEN_TO_BE_REPLACED 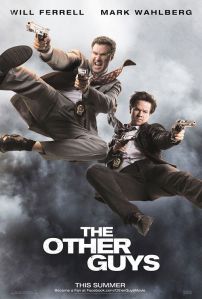 Starring Will Ferrell and Mark Wahlberg

There’s no easy way of saying this, so I’m just going to put it out there: the makers of The Other Guys don’t trust you. If you watch the trailers for this movie, you’d be given the impression that this is a buddy comedy about two inept cops (Will Ferell and Mark Wahlberg) who end up showing up the two alpha-male cops (Samuel L. Jackson and Dwayne Johnson). Which is what you get if you only watch the first ten minutes of the film. Instead, this is a film about white collar crime and corporate greed. And the film makers don’t trust you enough to see this film without hiding it behind a buddy cop formula and Will Ferrell’s usual schtick. At the end of the day, nobody wins.

END_OF_DOCUMENT_TOKEN_TO_BE_REPLACED

As I sat down to watch Despicable Me, one thought dominated my brain space for the full 95 minutes of the film: Why aren’t I enjoying this? There are evil geniuses running around doing wildly over-the-top shenanigans. There’s a legion of yellow oompa loompa style minions speaking in their own made up language and providing comic relief. Some of my favourite comic actors, such as Jason Segel, Will Arnett and Jack McBrayer are providing voices. I should be entertained by this movie. Instead, I was bored. And I think I know why.

END_OF_DOCUMENT_TOKEN_TO_BE_REPLACED

Webcomics Monday: Evolution and Least I Could Do

Ever have one of those shows or books that you’re kind of embarrassed to admit to being into? Not because it’s poor quality, but because as a Christian there’s some stuff in there that isn’t exactly above board? Least I Could Do is one of those things for me. The comic is incredibly well drawn and very funny. It’s full of fun pop culture references and extreme antics that are comedy gold. However, the main character, Rayne, is a bit of Lothario. His sexual conquests are many. And therefore there are some strips that are not exactly G rated.

But don’t worry! Today’s Webcomics Monday is not about sex, but evolution.

END_OF_DOCUMENT_TOKEN_TO_BE_REPLACED

Last year I read the book Heck: Where The Bad Kids Go. I didn’t like it. Looks like someone saw some promise in the idea though because Heck is heading to the big screen.

Reading the book, I was imagining a Tim Burton/Robert Rodriguez style production. From the article, it looks like they’re at least jumping onto the Tim Burton style with the reference to Beetlejuice.

Will this be a good movie? I’m really struggling to see how this will come together. The book was a bit of a mess and I can’t see the movie pulling it all together. Only time will tell.

I can only hope that anally violating a marshmallow bear with dynamite is left out of the script.

The world is in trouble! Quick, someone call the Justice League – The world’s mightiest heroes.

END_OF_DOCUMENT_TOKEN_TO_BE_REPLACED 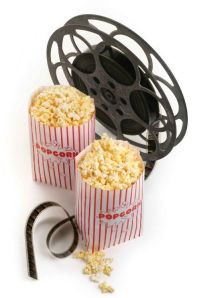 I’m in the process of putting together a list of movies that I want to see but have never got around to watching. My aim is that when I’m walking around the video shop I’ll know what to target. So what should be on my list?

I’m looking for movies in any genre and from any decade. I’m especially interested in those movies that either get a limited cinema release or go straight to DVD that are under appreciated gems. Cult movies are warmly received.

If it’s a big budget blockbuster from the last ten years or so, you can go ahead and assume I’ve either seen it or have chosen not to see it. I watch a lot of movies, but there are far more movies out there that I haven’t seen.

As an indication of taste, some of my favourite movies include (in no particular order):

There’s gotta be a stack more on my favourites list, but that’s just off the top of my head.

The internet is a very big place. People from all over the world are connected through their internet connection. Personally, I have made friends through the internet, friends that I may never have met in real life, both here in Sydney and overseas. As Christians, I believe we have a responsibility to harness tools such as the internet for the Kingdom.

And that’s just what The Timothy Strategy is doing. Using our connection to the world wide web to pray for each other.

END_OF_DOCUMENT_TOKEN_TO_BE_REPLACED

Axwell – Nothing But Love 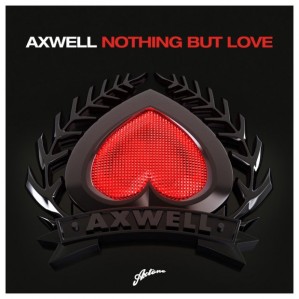 Jesus as a modern day clubber?

That’s what we see in this music video for Axwell’s song Nothing But Love.

END_OF_DOCUMENT_TOKEN_TO_BE_REPLACED 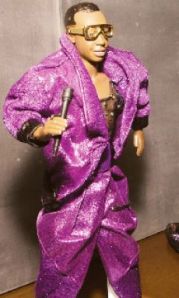 Man, the 90s have a lot to answer for. I came across this post that offers up 10 Unintentionally Hilarious Christian Music Videos. You just know MC Hammer is going to be on that list.

I don’t think I made it through any of these videos without wanting to hurt myself. And now I’m not sure if I’m meant to be afraid of the Devil or 5.5 inch floppy disks.