Vatican Says No To Dan Brown 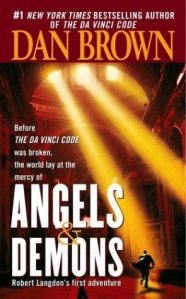 What? The Roman Catholic Church has denied Ron Howard access to their properties? They don’t want the new movie Angels and Demons, written by Dan Brown, associated with their organisation? And they did this without even looking at the script?

I can’t say I’m really surprised. And neither should the film makers. Much has been made about Dan Brown’s attacks on Christianity, especially the Roman Catholic Church, in his best known work The Da Vinci Code. Angels and Demons, while not being a direct attack on the person and nature of Jesus like Da Vinci Code was, still heavily attacks the Roman Catholic Church. One of the key themes of the book is the superiority of science over religion.

While I don’t necessarily agree with the appeal for Catholics to boycott the movie (I believe in freedom of speech and the right for people to be given enough rope to hang themselves with) I do agree with the decision not to allow filming. Why should the Roman Catholic Church give others an open license to attack them? While it is important for others to put forward their point of view, that doesn’t mean the Roman Catholic Church has to make their job easy or to hand them more ammunition.

What do you think? Should the Roman Catholics open up their properties to antagonistic film makers?